Can the Gig Economy Be Supportive for everyone?

The gig economy offers plenty of freedom and opportunity for professional growth, but it’s not perfect. For that reason, many people who dream of becoming their own bosses never take the plunge into gigging for a living. Yet what they don’t realize is that the rewards of turning a side hustle into a part-time or full-time job can overshadow the challenges for those who plan. Why else would 28% of the adult population choose full-time gigging over working for someone else?

In order to make the most out of the gig economy, you must prepare to succeed. And that means recognizing potential pitfalls to avoid prior to setting yourself up as a gig worker. Below are a few of the most commonly cited excuses people make for not joining the growing numbers of independent contractors and freelancers. Beneath each assumption, you’ll find straightforward ways to circumvent and avoid the underlying issue.

Some gig work does end up translating to below minimum wage, but not all of it will. Remember: You’re in control of the jobs you accept. Accordingly, you have the right to decide whether or not a low-paying project is worth doing. Does it flesh out your resume? Provide the chance to work on something that excites you? If so, saying “yes” could make sense.

On the other hand, feel free to add the word “no” to your side gig lexicon. For instance, you might decide that you won’t take work offered below an amount that’s economically competitive and fair trade for your abilities and expertise. When potential clients offer less, you need to be ready to stand your ground and self-advocate.

This may or may not be true. Let’s say your partner receives health benefits through an employer. You may be eligible to join those benefits at a discounted rate, too. It never hurts to ask. And if you’re 25 years old or younger, you could always see if your parents’ employers might add you to their policy until you turn 26.

Even if you’re not able to piggyback on a family member’s health insurance, all is not lost. Many gig economy workers represent Generation Z. Those under 30 years old without pre-existing conditions can be candidates for catastrophic insurance, which offers super low premiums in exchange for high deductibles. People 31 and older could join a union, association, or some other entity that has already negotiated collective low insurance premiums on medical plans.

You might not see a paycheck for several weeks from your initial gigs. However, once you get your business up and running, you should be able to pay your bills as long as you invoice regularly and make sure clients understand your invoicing standards. For instance, are you willing to offer a net-30 deadline before assessing late fees? Or would a net-15 setup work better?

How about if you tend to engage in large projects that take several months to complete? You could wait to get everything at the end, but that might leave you in a bind. As an alternative arrangement, ask for a percentage upfront, another amount at the project midpoint, and the remainder due upon receipt of your final product. Doing so allows you to rely on a regular cash flow while you’re engaged in a side gig.

Being a gig worker can get lonely, no doubt about it, especially if you work from home. Yet the gig economy doesn’t just pertain to homebound freelance writers or remote project managers. Uber and Lyft drivers also fall into the category of gigsters, and their jobs involve constant interaction with the public.

Before leaping headfirst into a particular type of side hustle, think about how you prefer to work. Are you someone who feeds off the energy of being around people? You may want to set up your laptop sometimes at a nearby coffee shop. On the other hand, you could always investigate side gigs that allow you to meet new and interesting people all the time.

Assumption #5: “You’re always a step away from being unemployed.”

No job is truly secure, even if you’re the CEO of a Fortune 500 company. Nevertheless, if the thought of being without work terrifies you, ramp up your side gig in stages. Start your hustle while you already have a full-time job elsewhere. Then, see where the hustling goes. If it seems like it isn’t scalable, you may want to remain with your employer.

On the other hand, you may find that your services are in demand. Collect clients little by little and wow them like crazy so you’re getting regular work. When you reach a tipping point and have diversified enough to comfortably lose a client or two without fear, you may want to consider moving full time into the gig economy shuffle.

Assumption #6: “The taxes will kill you as a self-employed worker.”

Okay: This is kind of true, but not entirely. As a self-employed worker, you’ll be responsible for paying taxes, including the ones that are typically covered by an employer. The way to get used to this is to set aside a percentage of your monthly income in an account designated only for taxes.

The reason a lot of side gigsters get sticker shock at tax time is because they haven’t thought ahead. Rather than assuming you can spend every dime, always remind yourself that April 15 comes around fast. And the tax man won’t wait for his cut.

Assumption #7: “You’ll never be able to retire if you do gig work.”
As your own boss, you won’t automatically be given a 401(k) or other retirement package option. But you can create one yourself.

Talk to a financial professional who helps independent contractors set up retirement vehicles. The younger you are when you begin this process, the more wealth you’ll build over the decades. By the time you’re in your 60s or 70s, you may not be quite ready to slow down. Nonetheless, Future You will be pleased that you started a nest egg.

The gig economy isn’t for everyone, but it’s not as unsupportive or daunting as you might have imagined. All it takes is a mini-side hustle to get involved and see whether it’s your cup of tea. After a taste test of independent working, you may find that it’s exactly what you need to launch the next phase of your career. 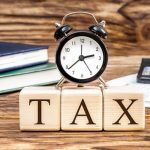 Previous Story:
Why Do We Pay Taxes?

About the Author: admin